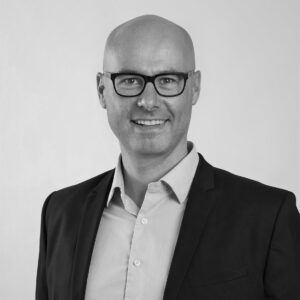 Jean-Nicolas grew up in Lausanne where he completed his obligatory education as well as gymnasium. Later, he did undergraduate studies at the Swiss Federal Institute of Technology in Zurich (ETHZ) where he received a degree in physics in 2004. The research for his diploma thesis on the subject of Nuclear Magnetic Resonance (NMR) spectroscopy of proteins was carried out at the University of Gothenburg in Sweden.

After this first experience in scientific research, Jean-Nicolas decided to pursue an academic career while at the same time working on a PhD in physics, more precisely in solid-state physics, at the ETH Zurich. He was awarded the title of Dr. Sci. Nat. ETHZ in September 2007.

He continued his research activity within the framework of a post-doctoral position at the University of Zurich from 2007 to 2013, in the field of biophysics and structural biology. During this time he developed a totally new kind of electron microscopy technique, based on the use of low-energy electrons, for the imaging of single proteins at atomic resolution. In 2013, he received a prestigious Ambizione grant from the Swiss National Science Foundation, to pursue his promising research completely independently. During this grant, from 2013 to 2017, Jean-Nicolas was invited to give talks at a large number of international conferences.

Thanks to his studies in physics and his interdisciplinary research activities, he has considerable knowledge and skill in a large number of technological fields, and is looking forward to working on patent applications for inventions in diverse technical areas.