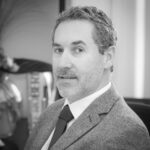 Following his studies in Mathematics and Engineering, which concluded with an engineering diploma from ENSEM (Engineering School of Electricity and Mechanics, attached to the National Polytechnic Institute of Lorraine, France), Pierre Weinhard joined a large industrial group in the materials sector, where he began his career as an R&D engineer specializing in the glass fiberizing process for the production of insulation products.

He then entered the world of patents that he had discovered from the user’s side during his experience on the glass fiberizing process. He attended courses at the CEIPI (Centre for International Intellectual Property Studies) in Strasbourg, France, before joining a French industrial property law firm.

In 2009, Pierre Weinhard passed the French examination that qualified him to pursue the profession of French Patent Attorney.

Pierre Weinhard has over 10 years’ experience in the field of patents. Within different intellectual property law firms, he has acted on behalf of various companies and clients in a wide variety of technical specializations, mainly linked to mechanical engineering, industrial processes and electricity.